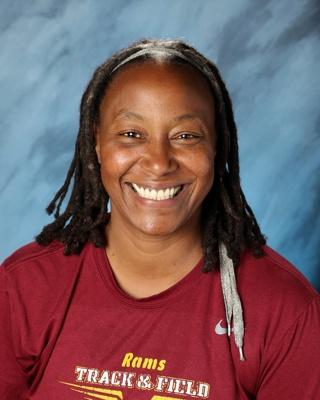 Email
cryan@centralcatholichigh.org
Phone
503.235.3138 ext. 1270
Bio:
I grew up in Columbus, Ohio, where I found my footing in track & field and basketball at Bexley High School. From there, I chose to attend University of Akron in Ohio, where I broke records in every track & field event in which I competed, winning 11 Mid-American Conference (MAC) titles and earning All-MAC honors 7 times. I was proud to become Akron's first multiple All-American, receiving that honor 4 times. In 2000, I became Akron's first NCAA Division I Champion as an Heptathlete and their first athlete to qualify for the US Olympic Trials. In 2012, I was voted Greatest Female Athlete of All Time by the university, and I am currently a 7-time track and field hall of fame inductee.

My passion has since turned to coaching, and I’m proud to have led Central Catholic’s Track and Field program as Head Coach since 2017. Prior to Central Catholic, I was an Assistant track and field Coach at Ohio University, Kent State University, and University of Iowa. I’ve also spent time in Eugene as a Strength and Conditioning Intern at the University of Oregon and as an Assistant Track & Field Coach at South Eugene High School. I’ve been a certified Strength and Conditioning Specialist with the NSCA since 2014.

I truly believe that we all have the ability to overcome the challenges in our path and achieve our full potential — but that is never achieved alone. As Central Catholic’s strength & conditioning coach, I’m committed to supporting team goals across sports and ensuring that every student-athlete has the opportunity to reach maximum power, prevent injury, and accelerate their development, so they can perform at their absolute best.

To reach excellence together, we need trust, and trust is built on relationships, so please know that I always have an ear for you!