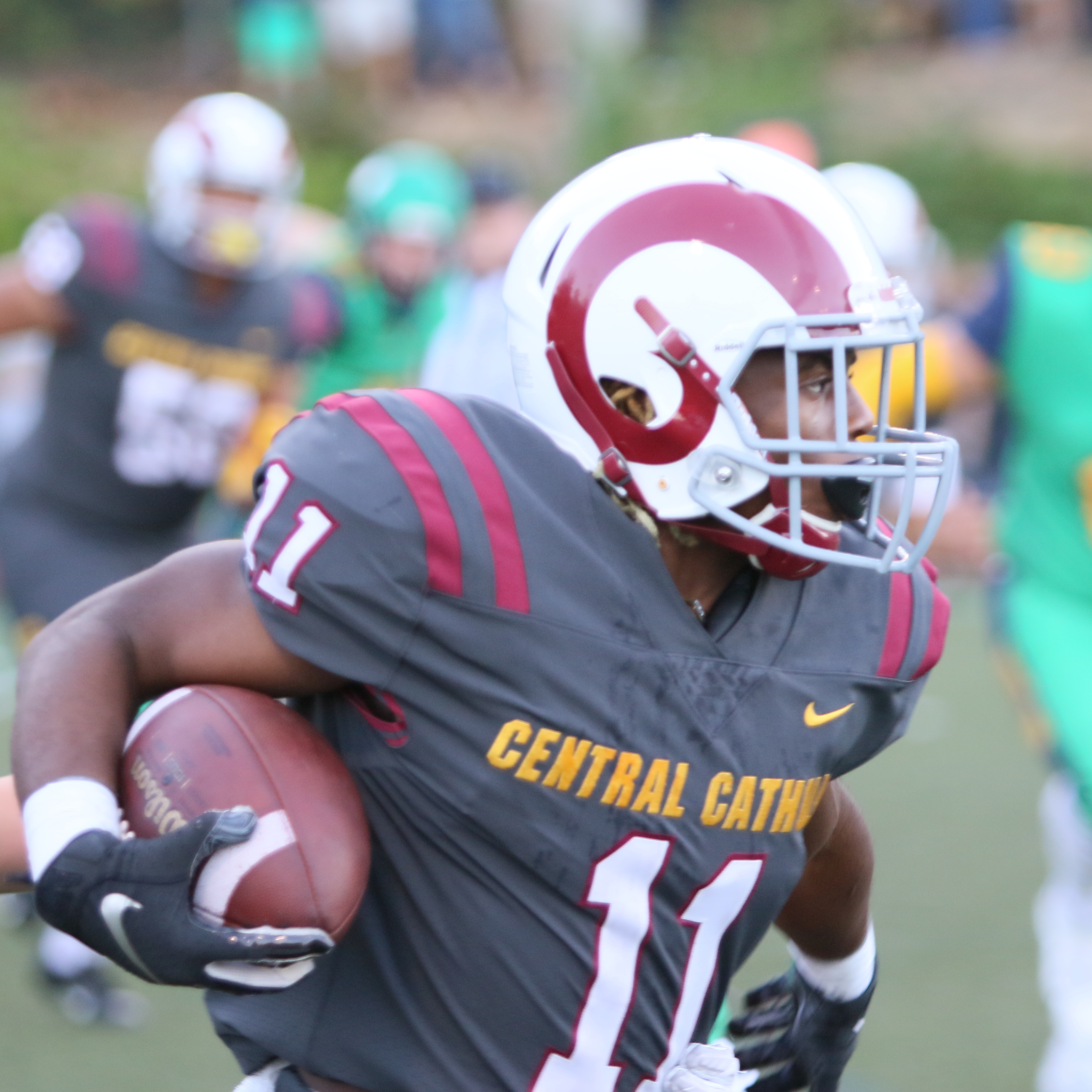 The 2019 Fall Season has been another one for the record books.

Both boys’ and girls’ cross country won every one of their league meets this year, paving their way to another Mt. Hood Conference Championship Trophy for both teams. The Championship meet was held at Sandy High School after years of it being held on Centennial’s speedy course. The Sandy course was lined with heavy bark chips and rough terrain, but both teams were able to come through with a win. The girls’ team placed all seven of their varsity runners in the top 15 of the race, scoring 26 points to win the meet, almost 40 less than the second place team, Clackamas. Amara Christensen ’20 finished second overall with a time of 19:53. The boys’ race was much closer; Central Catholic won the meet with 45 points to Clackamas’ 47. Josue Corona-Solis ’20 was the first finisher for the team, placing fourth with a time of 16:24.
The boys’ and girls’ cross country teams with compete in the State Cross Country Meet at Lane Community College on Saturday, November 9.

Of the 14 games our boys’ soccer team played this year, half of them were against teams ranked in the top 15 of Oregon. If fact, four of our opponents take up the top four rankings. Central Catholic played tough their entire season, winning seven games in a row and finishing with a record of 7-6-1. A.J. Robertson ’21 led the team in scoring with six goals and Sam Marx ’21 completed 8 assists.
The boys played their first playoff game against Glencoe and were able to squeak out an impressive win. At the end of regulation the game was tied 3-3 and there it remained through two overtimes, requiring the game to be decided by penalty kicks. Sam Marx kept the team alive with a screamer of a shot, passing through the opposing goalies’ fingertips. Beckett Whritenour ’21 stopped Glencoe’s next shot, diving spectacularly to make the save. Then, Andrew Elmore ’20 brought home the win, burying his penalty kick in the back of the net after sitting out the entire game due to injury.
Boys’ Soccer moves on to the second round of playoffs and will play at Forest Grove High School on Wednesday, November 6. Kickoff is at 7:00 P.M.

The girls’ soccer team started their season with an incredibly challenging preseason. Once they entered league play, the team came together, winning five out of their last six games in order to finish third in the Mt. Hood Conference and stamp their ticket to the playoffs. Fiona Lefor ’20 finished the season with four goals and Sasha Raimondo paced the team with five assists.
The girls’ soccer team faced West Linn in the first round of playoffs and played a very tough game. Charlotte Hardy ’22 scored on a beautifully placed free kick almost 35 yards away from the goal. In the end, the rams lost 1 – 4, but Central Catholic is proud of everything the team accomplished this year.

This is a special season for our volleyball team as the legendary head coach, Rick Lorenz, plans to retire after this year. His legacy of winning has not slowed down this year as the team finished their regular season ranked second in state with a record of 23 – 3. Julia Carr ’20 was named Mt. Hood Conference Player of the Year and four players were given 1st Team All-Conference Honors: Kealani Rosa ’21, Ava Bruins ’20, Mia Jordan ’20, and Julia Carr ’20. They are already in the midst of their post season, beating McNary in three close sets. In the second round of playoffs, the team hosted McMinnville, coming from behind in each set to win once again three sets to none.
Volleyball now moves on to the State Quarterfinals! They will face Sunset High School on Friday, November 8 at Liberty High School at 10:00 A.M.

Central Catholic’s football team finished the season ranked fourth in the state of Oregon. In their last regular season game, the team traveled to Clackamas High School to defeat the Cavaliers for the Mt. Hood Conference Championship. The Rams controlled the game early, winning handily with a final score of 48 - 7. Cade Knighton '20 passed for six touchdowns, three of which went to Silas Starr '20.
The Rams start their playoff run on Friday, November 8 and will host Southridge at Hillsboro Stadium. Kickoff is at 7:00 P.M.