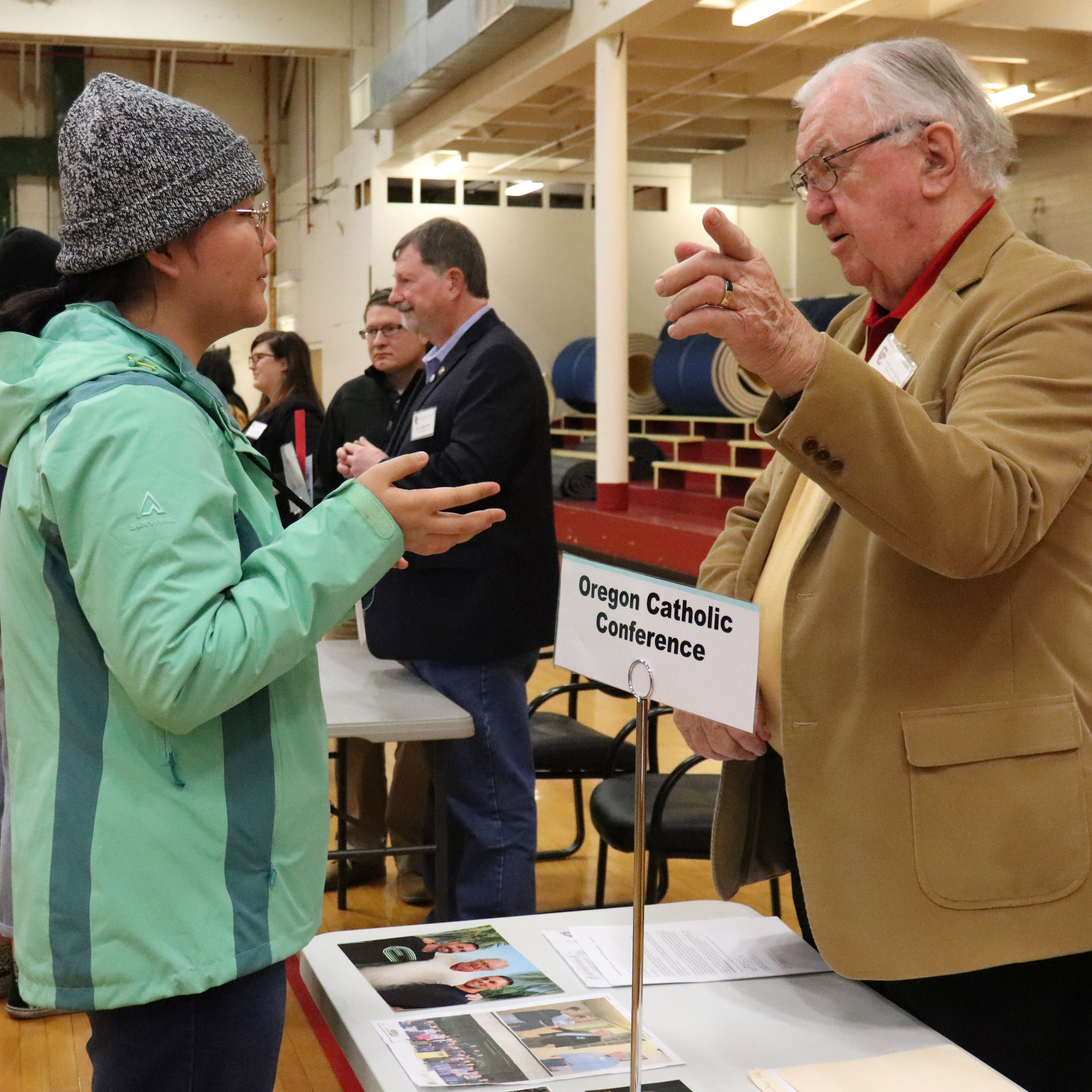 What does it mean to be an active citizen?

That's the question our seniors focused on when they participated in our annual Democracy in Action event on December 6.

Every year, the young women and men in Central Catholic's U.S. Government, We the People Constitution Team, and AP U.S. Government classes invite elected officials to participate in this Democracy in Action event. The purpose of this event is to provide meaningful, authentic learning experiences about what it means to be an active, engaged citizen.

This year, we had 35 local and statewide elected officials, representatives of political parties, campaign organizations, and government groups come to meet the future voters and community leaders of Central Catholic's next graduating class. This was the largest turnout of guests we've ever had for this event!

Among our group of guests were two members of our Central Catholic community:

Both our students and guests were energized and enthusiastic about the future of our democracy after participating in this event!