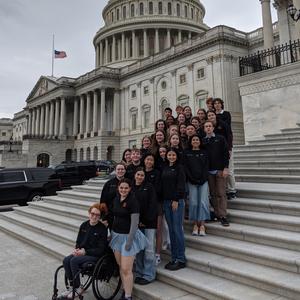 Last week, Central Catholic’s Constitution Team returned from their historic trip to Washington, DC, after their successful run in the We the People Nationals Competition. 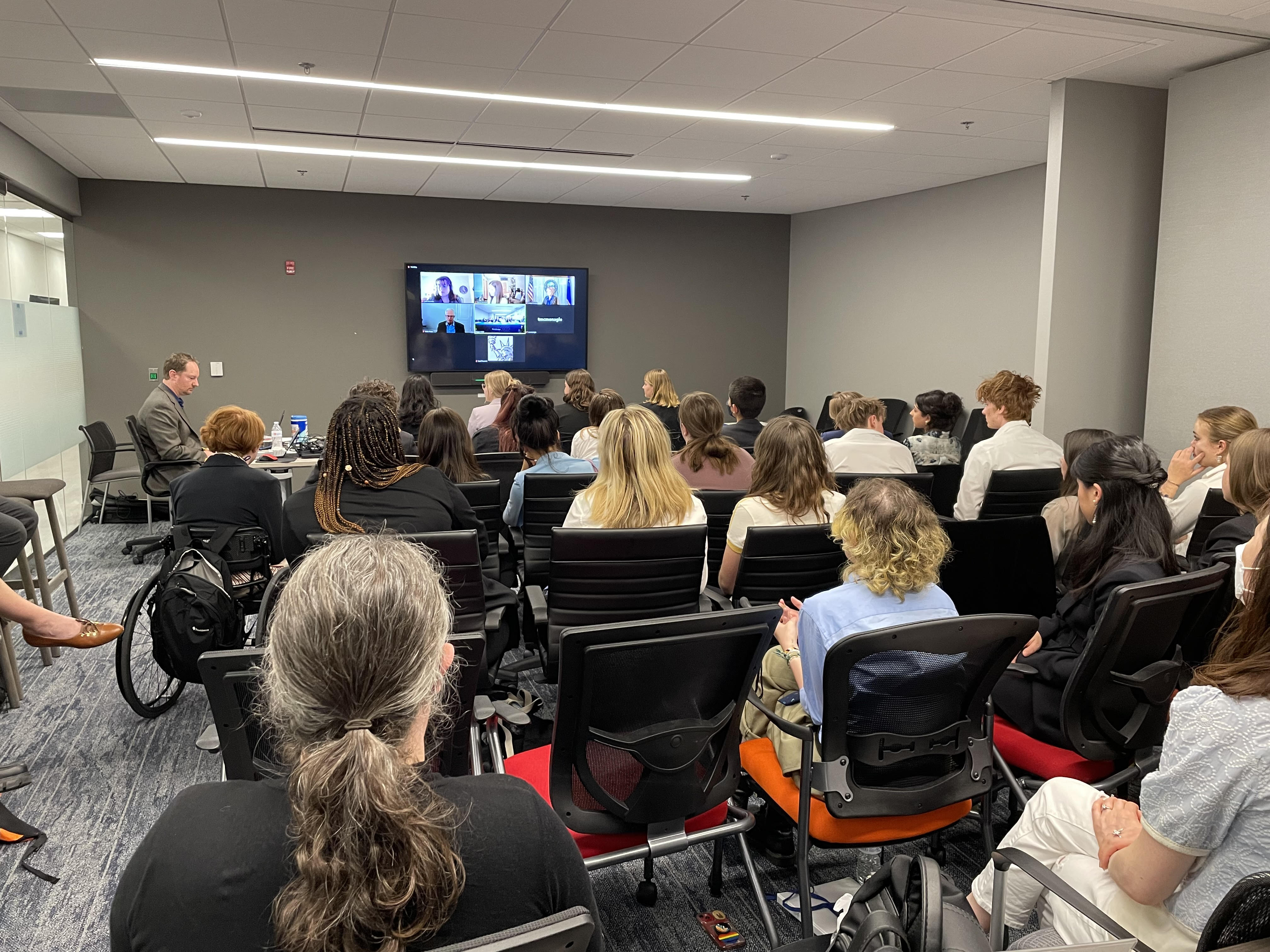 This incredible opportunity was a first in Central Catholic’s history, and the results of the competition were yet another momentous accomplishment to add to this already historic year.

The team performed incredibly well, placing 13th out of 47 teams (just one spot away from advancing to the finals round). 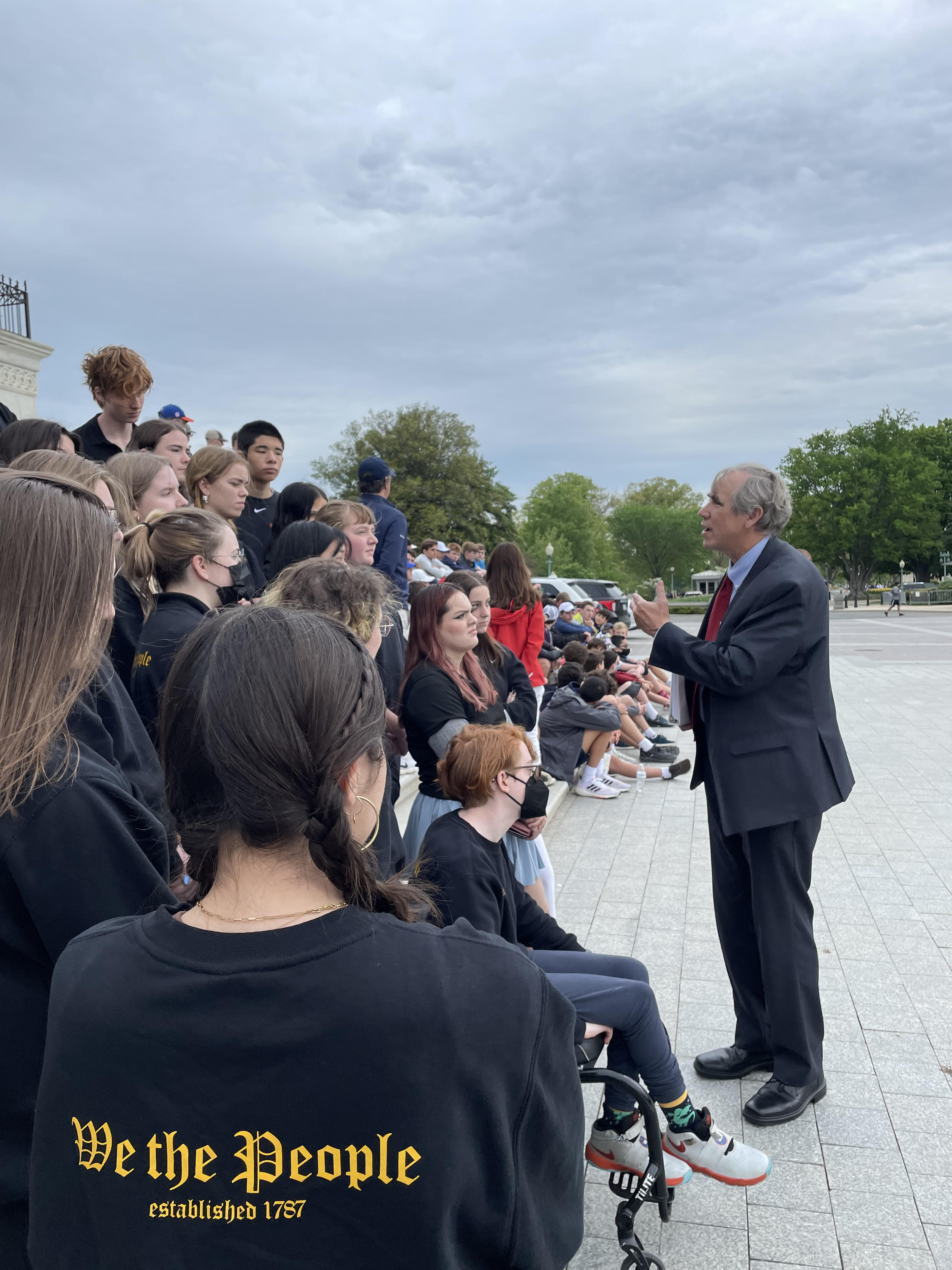 Central Catholic senior, Story Arney, who was part of Unit 6 on Central Catholic’s ConTeam shares, “We were just 50 points behind the next team, which is very close. Plus I think we were in one of the hardest judged divisions.”

The team also earned the Division C award – the highest honor they could have achieved without advancing to the Top Twelve finals round.

Their success in this competition didn’t happen overnight. With a year of preparing and putting in countless hours of going over material, practice questions, and working with their coaches, they came into the competition ready and prepared.

Sean Nickerson ‘22, who was part of Unit 5, shares, “The first night we got into DC we basically pulled an all-nighter studying the materials and going over different questions. When it came to the competition it was way easier than I expected, because we had spent so much time studying for difficult questions.”

In addition to their hours and hours of preparation for the two-days of National Competition hearings, they also packed in a host of sight-seeing and educational opportunities throughout their trip. Here are some highlights of the trip: 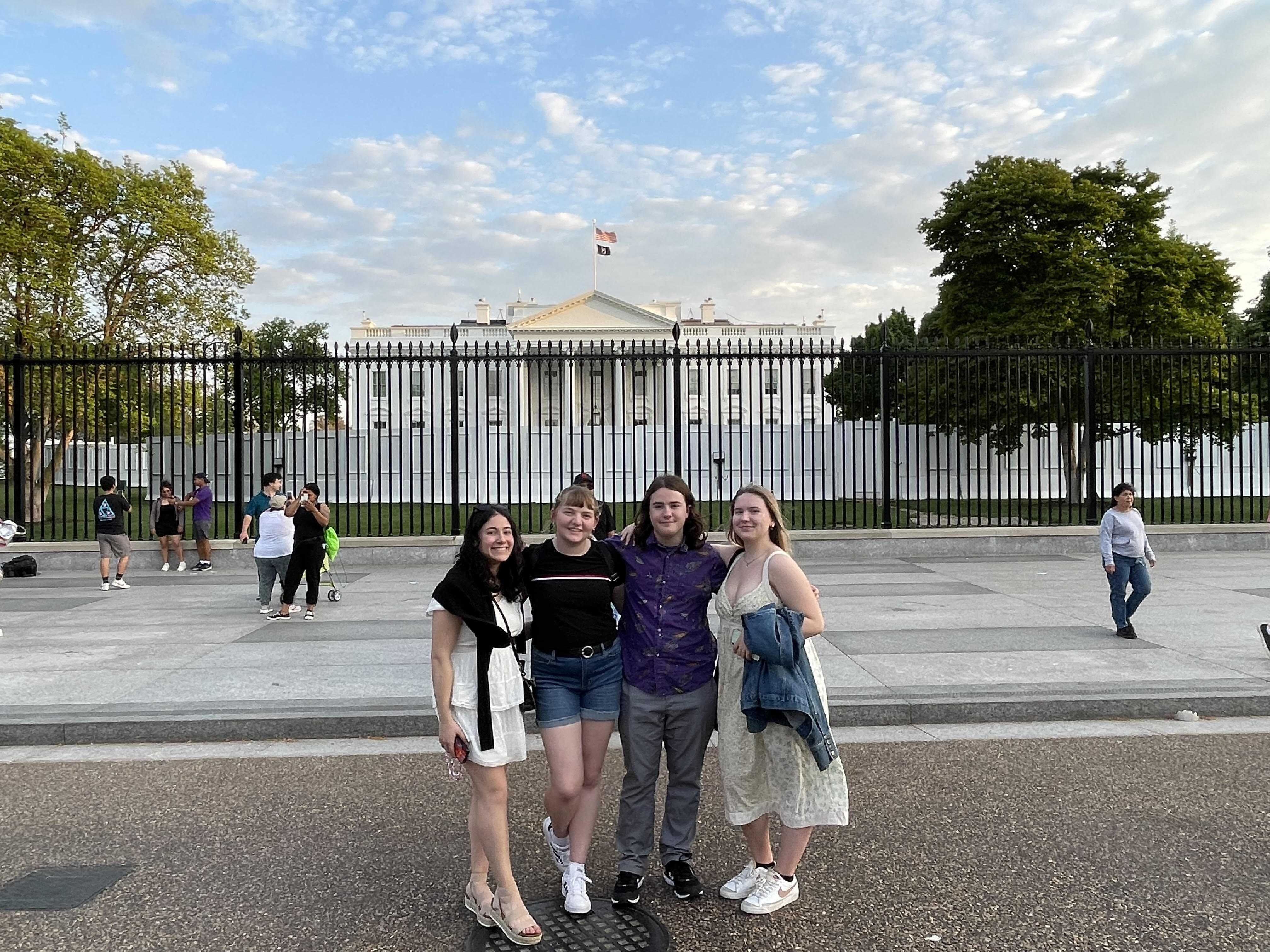 This historical trip, and all that went into it, is the culmination of a year's worth of preparation, struggle, triumph, and perseverance. Geoff Stuckart sums it up: “This group, we started this year thinking we were going to be in person for all of our competitions, and they adapted to competing online for regionals and state. We had a number of things that they had to overcome.”

He continues, “And then to perform so well at state and earn a spot at nationals…I am incredibly proud of them.” 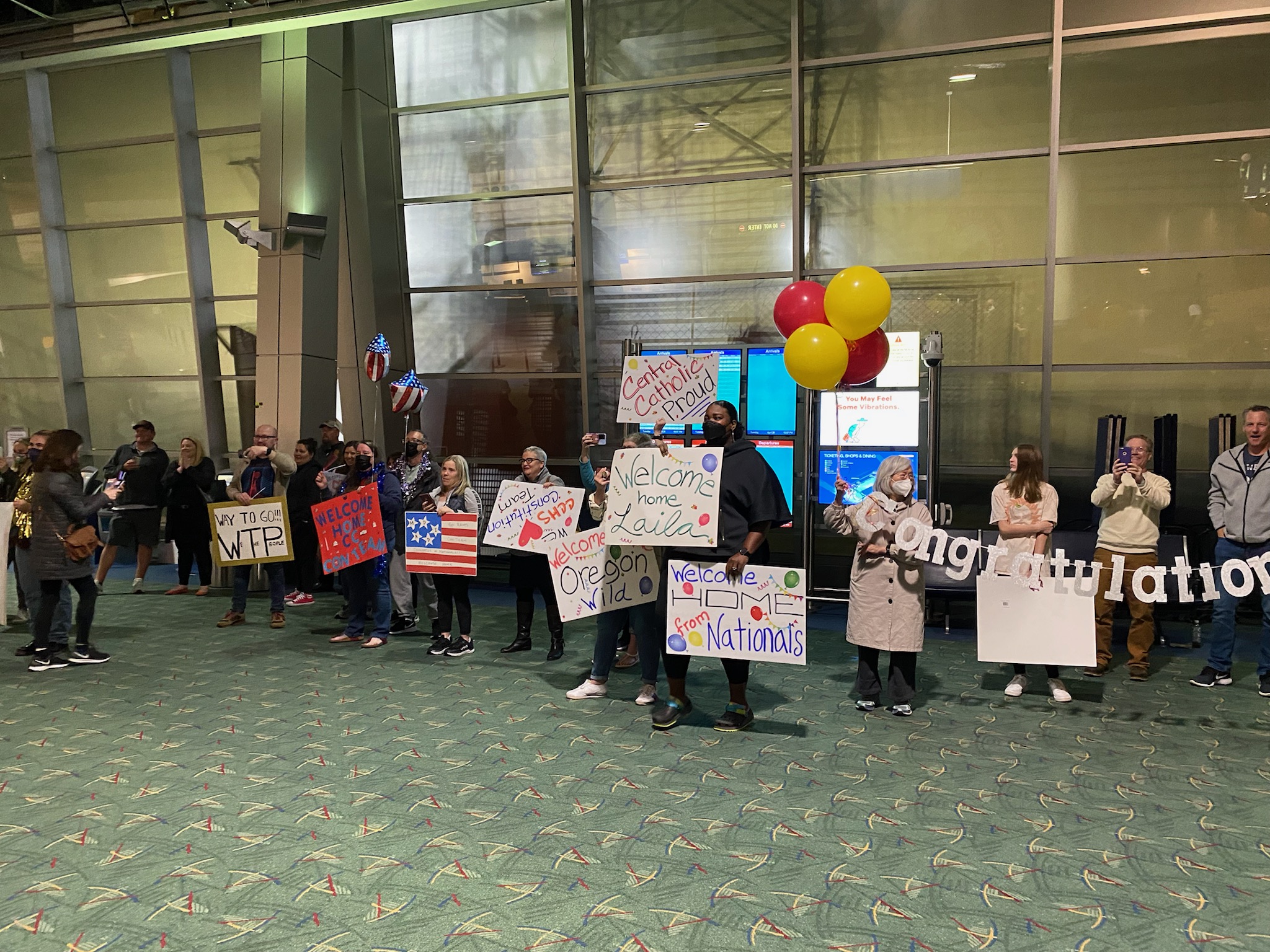