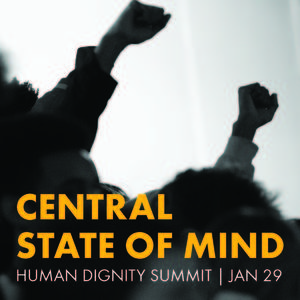 Central Catholic hosted a Human Dignity summit called "Central State of Mind" on Wednesday, January 29. This was an all-school event and we were joined by nine local grade schools as well. This all-day diversity conference had two keynote speakers and 32 different breakout sessions from which students could choose. The two keynote speakers were actor/advocate Joseph Lucero and rap activist Aisha Fukushima.

The breakout sessions covered a wide variety of topics, including:
.....and many more!

These topics were presented by outside guest speakers, teachers, staff, and students.

This was a transformational experience at Central Catholic and set our young men and women on an early path to cultural and social awareness! 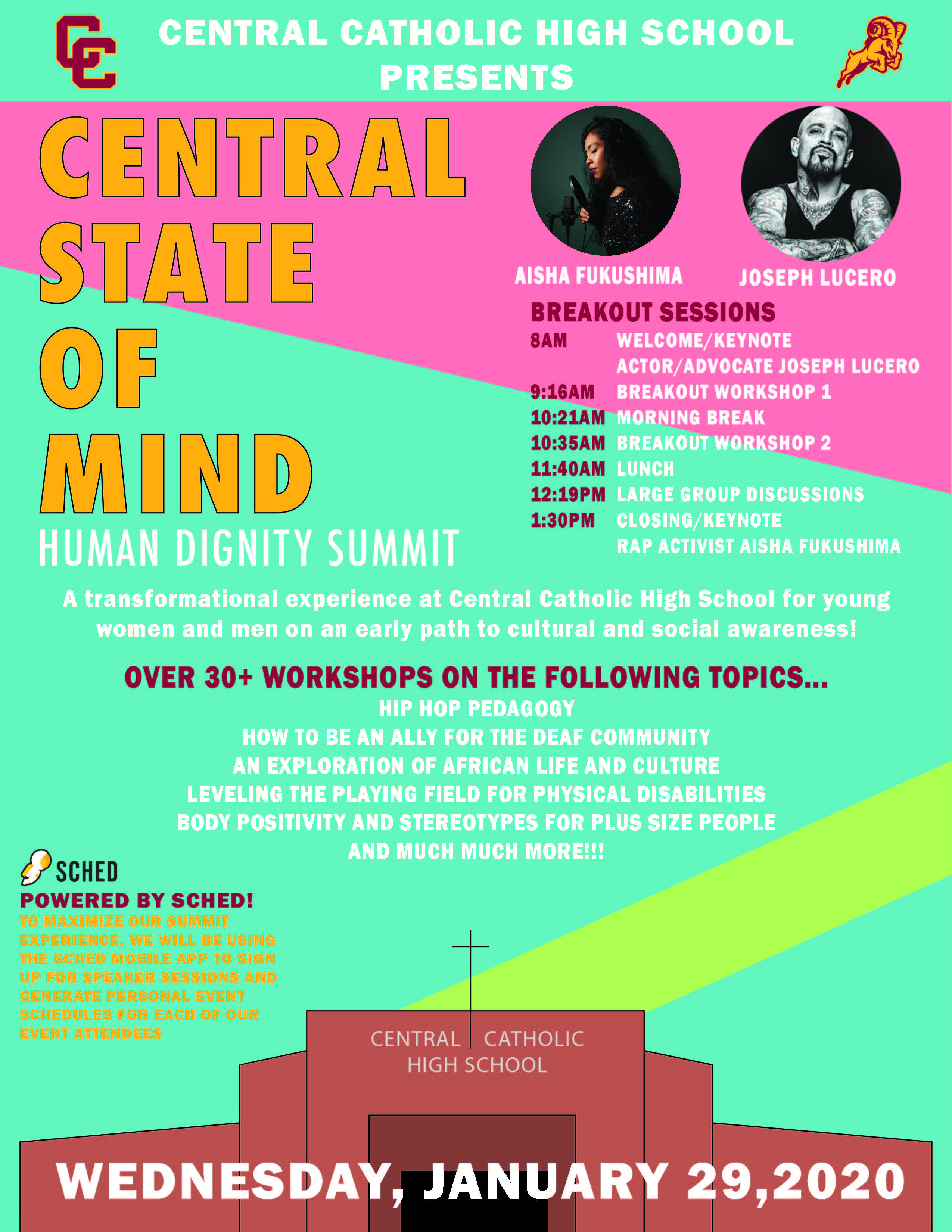