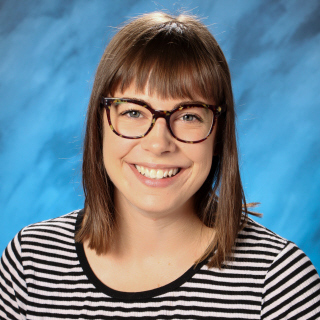 As we focus on our four guiding virtues this year––courage, faith, responsibility, and honesty––we are showcasing our alumni teachers who exemplify these virtues. This quarter we are highlighting Grace Laskowski ‘09, who is our new Director of Campus Ministry. Grace has been working hard in her new role, striving to re-energize school masses and retreats. As we explore the virtue of faith this quarter, we are excited to highlight Grace, an alum who truly exemplifies and embodies this virtue.

When Grace was an eighth grader and faced with the task of deciding where to attend high school, she had a difficult time choosing between St. Mary’s Academy and Central Catholic. Many of Grace’s friends were going to St. Mary’s and she was torn. She realized that the academics and opportunities for women’s empowerment would be strong at either school, but Central Catholic offered more opportunities AND could foster her growth as a whole person. “That AND was really important,” Grace recalls. Choosing Central Catholic was the start of Grace’s intentionality in seeking supportive communities with whom she could connect.

Grace realized in college that she and her friends from Central Catholic were unique in that they had a great high school experience. “I enjoyed being at Central Catholic and loved the things I was involved in,” Grace shares. “Also, there was something special about the way students relate to each other.”

This special connection that students had with each other was reflected at her ten-year reunion last summer. “It was so good just to be together. It was true to what I experienced at Central Catholic,” Grace explains, “The primary focus was not the event or the entertainment or the food or the drinks - it was the people who were gathered there.”

After graduating from Central Catholic, Grace went on to attend the University of St. Thomas in St. Paul, MN. During her freshman year she realized the educational focus that spoke to her was Justice and Peace Studies. Grace had enjoyed taking a Social Justice class at Central Catholic, and this experience confirmed her decision to major in Justice and Peace Studies.

After graduating from college, Grace returned home to Portland with the intention to work, pay off school loans, and discern what she wanted to do next. More than one touchpoint in her life brought up the idea of doing Jesuit Volunteer Corps (JVC), an organization that connects volunteers to one of 175 service agencies across the country. Grace decided to apply to JVC and was quickly accepted into the program. While many of the service placements through JVC are on the front lines of social justice issues, Grace had a unique service opportunity–she was selected to work as a University Minister at University of Detroit Mercy, pairing students to service sites. She also organized service trips for students, similar to the immersion trips that Central Catholic offers.

After her volunteer year, Grace then worked for JVC as a recruiter in Baltimore. She traveled around the country to different universities, talking to students about JVC and encouraging them to apply to the program. Although this position was exhausting at times, it helped Grace to hone in on her listening skills and really prepare for her current role in Campus Ministry. She became good at, “hearing people’s stories and what they care about, and caring deeply for someone that you just met.”

When Grace made her way back to Portland she didn’t have a definite plan. However, fate intervened when she ran into two teachers from Central Catholic who told her about a position opening at the school. Grace took the leap and applied for this position, and in July of 2017 she started as the Executive Assistant to the President, President Emeritus, and Admissions. Immediately after starting in this position, Grace once again had that familiar feeling of community.

Grace loved the end of the day after 8th-grade visits when Paul O’Malley, Director of Admissions, would ask the students questions. She recalls, “Hearing students say what they liked about their visit, or what they noticed about Central Catholic relative to other schools, were the same things that I noticed and appreciated about Central and ultimately why I came here. To see our students welcome 8th grade visitors and share, ‘This is what we are about here...This is why I am here and this is what I love about Central,’ not in a scripted way, but in a genuine way.”

One of Grace’s favorite parts of her role was being able to have a front-row seat to Monsignor Tim Murphy ‘58. “I thought I had a sense of what he does for this community, but it was even more impressive to see it up close, ” Grace shares. “It was so great to support him in his work and his ministry of presence. The pace in which he works––the stamina is incredible. He is a reminder of the power of simple presence. Being there is really meaningful even if you don’t know what to say or do...You won’t always know how you can help––you just need to show up.” 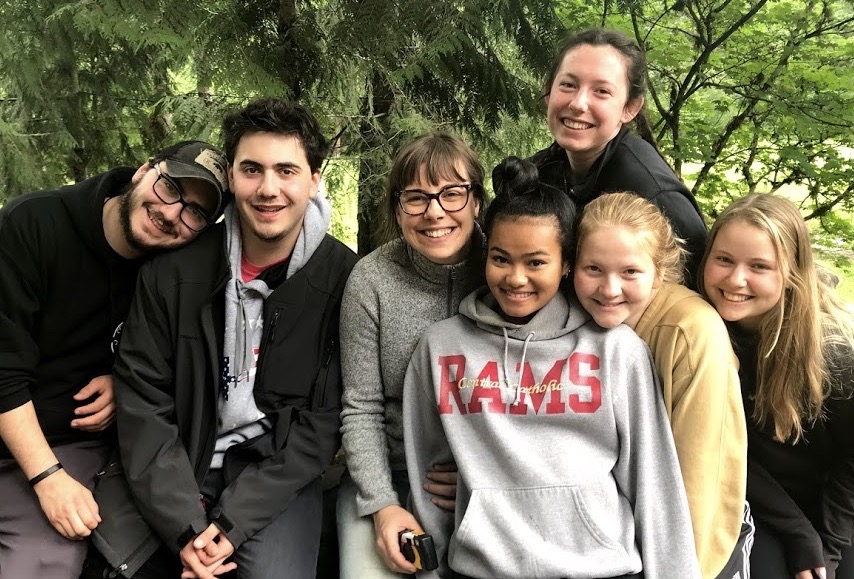 Matt Horne ‘88 is another influential mentor for Grace. As a freshman at Central Catholic, Grace did not make the student council, but luckily she didn't give up. Matt saw leadership potential in Grace before she saw it in herself. He encouraged her to try again and provided other leadership opportunities for her. Grace was elected to student council for the next three years and grew in her leadership responsibilities. This growth has carried over into her life in many ways. When Grace is faced with an opportunity, she is able to give it a try without feeling devastated if it doesn’t work out. “It doesn’t mean I am not worthy or good,” she says. “it just didn’t work out but I also learned to be brave enough to try again.” This ability to be more resilient and try new things was the direct result of Matt’s encouragement. “Matt’s ability to innovate, be unafraid to scrap something entirely and build it up from scratch because it better fits the needs of the student body continues to inspire me.”

Grace is now Director of Campus Ministry and is under the supervision of Matt Horne in her working role. She loves the Campus Ministry team, and working with Matt again gives her the confidence to try new things. Some of the biggest challenges in her work are supporting students today in their faith journeys, while keeping in mind the realities of high school in 2020. Grace is working hard to look at things differently, making changes in masses and retreats with the hope of connecting students more deeply with their faith. Students often say Search is one of the best experiences at Central Catholic, so the campus ministry team is looking for new ways to bring in smaller windows of that experience. Grace realizes that she may never have a perfect answer for how to best feed our students spiritually, but she will still continuously strive for that in her work. “I only have a small snapshot of where they are in their faith and spirituality,” Grace states, “but hope that the small seeds we are planting here can grow and flourish and help students well into the future.”

Grace brings gifts of faith, care, and presence to our school. Her experience and time as a student and staff member of Central Catholic gives her a unique perspective when working with students. She has a special ability to listen and connect with students, letting each student know they matter. If you have the privilege to talk with Grace you will undoubtedly feel her genuine intent shining through! We are truly blessed to have Grace helping and guiding our students in their faith.