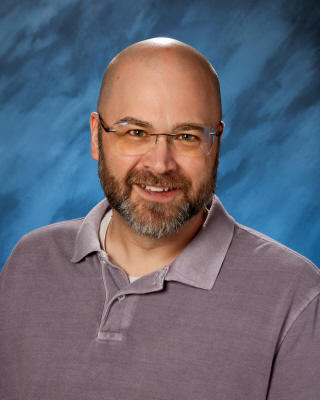 Email
cmclean@centralcatholichigh.org
Phone
503.235.3138 ext. 1523
Bio:
Chris McLean '94 grew up in Portland and graduated from Central Catholic, studied at the University of Portland, and taught band, choir, and mathematics in Portland and South Bend, Indiana prior to coming back to his alma mater. He earned his Masters at the University of North Texas where he focused on music program supervision and pedagogy. He studied the trumpet in college, playing or singing in most of the performance groups at U of P, and marching with the Green Brigade at UNT. He was an original member of the local Brazilian samba group, The Lions of Batucada, and played the surdu, the large bass drum that is the heartbeat of the samba. His interests include electronic music production, theatrical sound design, and conducting musicals. As Music Director at Central Catholic, he conducts the choir, jazz bands, and drum line, leads the liturgical musicians, and teaches electronic music and music theory.